Michele did not always have a thing for FROGS…

When she was 25 she rediscovered her first and only FROG rummaging through a trunk filled with her childhood stuff that her mother correctly decided she would cherish later in life. She couldn’t believe her eyes, she was very glad to see him, but handled him carefully seeing he was quite fragile. The yellow felt crown that once sat on his head had worn away. She remembered hoping what she had read about a FROG turning into a Prince would one day happen and they would live happily ever after… that certainly did not happen.  It wasn’t long before she stored him away once again, worried that he would completely disintegrate.

The occasional FROG began to appear.

Michele’s family was obviously inspired by her childhood frog. Eventually relatives and friends also began to give her anything “FROG”  …T-shirts, garden statues, Christmas tree ornaments, more stuffed animals- the collection grew in quantity and quality with the very best developing, as will happen, personalities of their own.

The most unique FROG…

Chef Grenouille (grenouille is French for frog), a very cute FROG complete with a white apron and chef’s toque was received as a gift from her niece, Sarah. An entire imaginary world grew around him. This would not have been possible without Kevin Murrett, her best friend and husband. He gives life and personality to the FROGS. Without him they would just be cute, but silent stuffed animals. BTW… we never refer to them as stuffed animals! 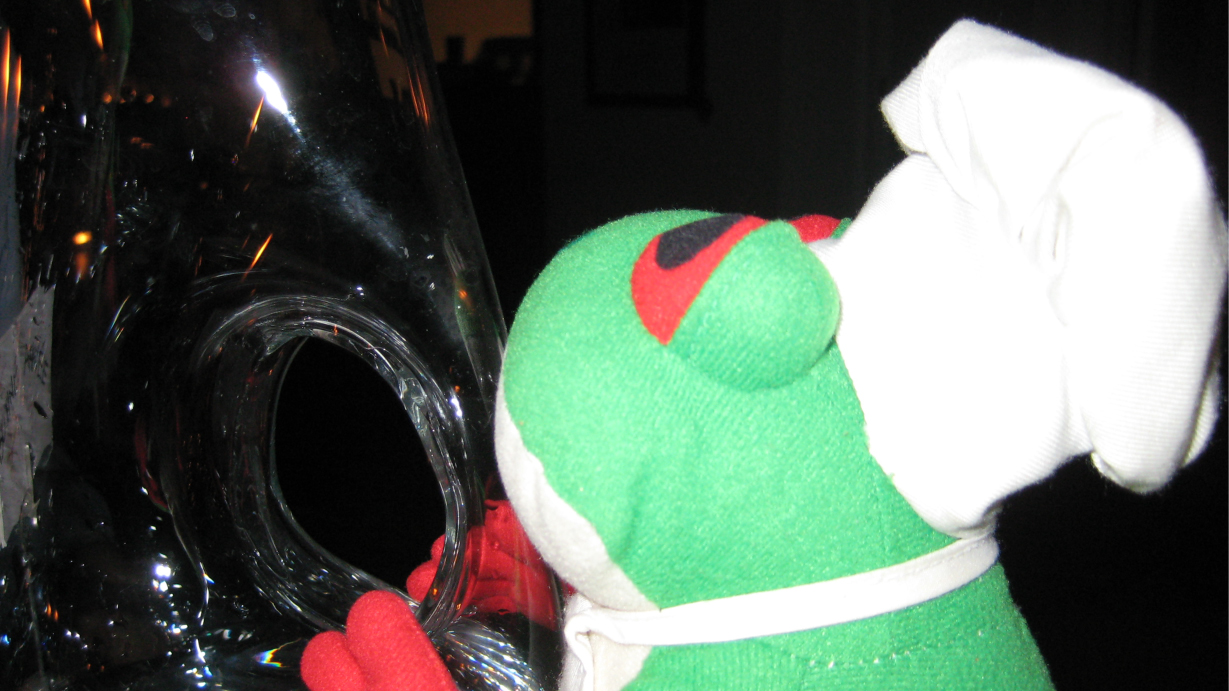 This is Chef Grenouille, the holiday gift that inspired ChezGren.

As a result of three things- Michele having fun celebrating this select group of FROGS, sketching them and finally integrating each sketch into a collage of colorful geometry she created a book with these images. She titled the book “The FROG Project” which she thoughtfully designed symbolically representing the traditional theme of paper for her first wedding anniversary to her husband.

Frog 001 is illustrated on the front cover of Michele’s book, The Frog Project.

In addition to The FROG Project,

Michele considers EXCELLENCE a key ingredient to business success. She feels the world is suffering from a lack of EXCELLENCE. Two Cool Frogs is dedicated to this topic. As Michele always says, if it were easy anyone could do it. So give it a try! 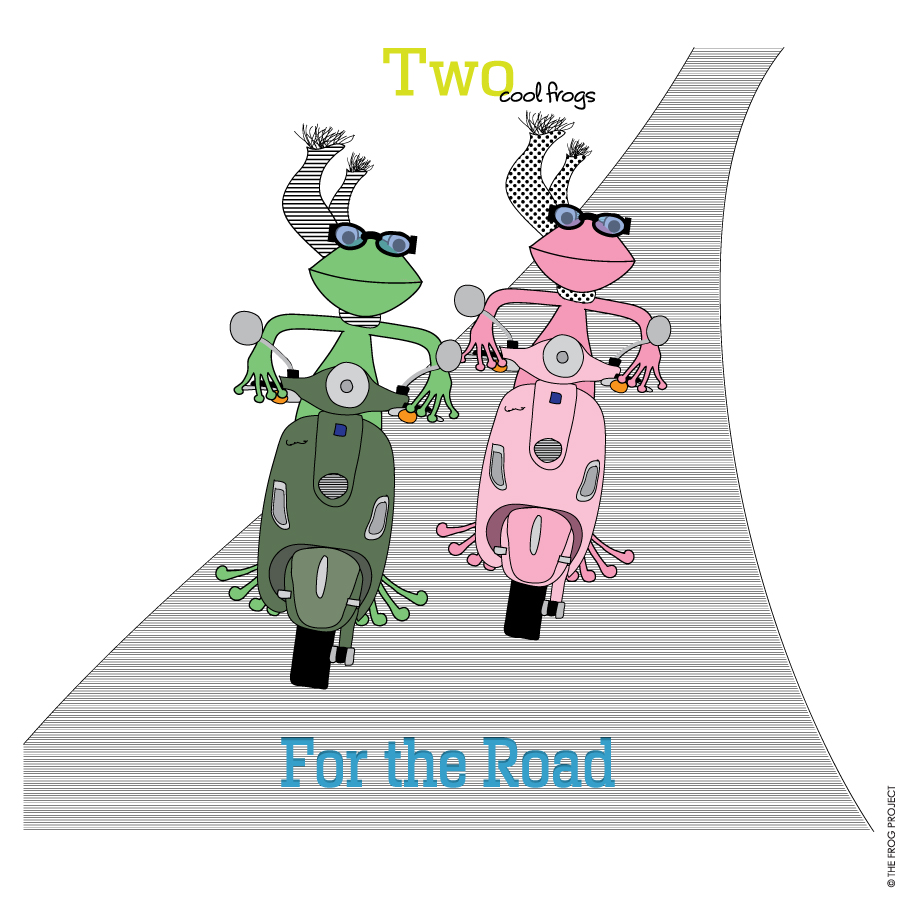